Nicholas Hune-Brown on international students, vivid scenes and reporting from a distance

In season five, episode two, we take you behind the scenes of Nicholas Hune-Brown’s feature The Shadowy Business of International Education. In this episode, Hune-Brown talks to co-host Rahaf Farawi about what drew him to the story, how he gathered rich scene material over Zoom and how this became the longest story he’s ever worked on.

In season five, episode two of Pull Quotes, Nicholas Hune-Brown spoke with co-host Rahaf Farawi about his feature The Shadowy Business of International Education, published by The Walrus in August.

This season’s podcast takes you behind the scenes of Canada’s top long-form stories. In this episode, Hune-Brown talks about how his feature had many different iterations and ultimately became the longest story he’s ever worked on.

I wanted to figure out exactly who was profiting along the way and what that meant.

Hune-Brown explains what drew him to the story and how he landed a compelling character to have at the centre of the piece.

“I knew that international education was huge and was bringing in tons of money and was transforming post-secondary education in the country. But I think I wanted to figure out exactly who was profiting along the way and what that meant,” he says.

Hune-Brown also talks about reporting from a great distance, difficulties gathering data, and interviewing vulnerable sources without being exploitative. 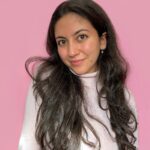 Rahaf Farawi is Podcast Producer at the Review of Journalism.