Adam Feibel on building a career in music journalism, Billy Talent and why punk’s still cool

For this week’s episode, Pull Quotes’ Guest Podcast Producer, Annika Forman, sat down with music journalist Adam Feibel to learn more about his Exclaim! Magazine feature Billy Talent Are More Relevant Than Ever along with his path to music feature writing and a fun story of how he interviewed the band.

In episode three of this season of Pull Quotes, Adam Feibel sits down with guest podcast producer Annika Forman to discuss his recent article Billy Talent Are More Relevant Than Ever which was published in Exclaim! in January. The story, which began as a tweet, encountered a shift as Feibel realised a better direction for the piece.

“I think it speaks to … the creative freedom that comes from being an artist for as long as they have that you can take risks or do different things.”

In this episode, Feibel discusses Billy Talent’s latest album, Crisis of Faith. It has songs that have a similar sound to others, including Fleetwood Mac and Journey, however the band has been around long enough that they still have a sound that’s uniquely theirs. “I think it speaks to … the creative freedom that comes from being an artist for as long as they have that you can take risks or do different things and you’ve been a good band long enough that … you can adventure out but still be at home,” Feibel says. 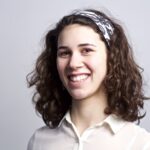 Annika Forman is Copy Editor + Guest Podcast Producer at the Review of Journalism.