The Review of Journalism (RJ) is Canada’s watchdog on the watchdogs. Founded in 1984 by the late Don Obe, former chair of the School of Journalism, this award-winning magazine is produced by graduate and undergraduate students in their final year with the support of faculty and industry professionals.

Obe believed that the RJ’s job was to probe the quality of journalism in Canada. After nearly four decades, we’re still on assignment. The mission of this year’s group of editors is to chronicle Canadian journalism by questioning its faults and celebrating its successes. We will examine the forces shaping journalism today to foster critical thinking about, and accountability within, the industry.

In order to reflect the widespread changes in the journalism industry, the RJ continues to evolve. Don Obe launched a magazine; today, in addition to our annual spring print issue, we also publish content on our website, podcast, and newsletter.

Accountable: We believe in holding Canada’s watchdogs accountable. We will pursue difficult stories and ask difficult questions. We will also hold ourselves to the professional standards we expect from other journalistic publications.

Critical: We believe in thoughtfully examining the faults and merits of Canadian journalism while remaining engaging. We will keep a critical eye on the biggest issues facing journalists and media organizations.

Independent: We believe in the importance of a free and independent press. We will not be subjected to censorship or unduly influenced by commercial interests.

Transparent: We believe in fostering transparency within media organizations. We will explain our processes to our readers and rectify our errors in an open and clear way.

Learn more about the current masthead.

SHENAZ KERMALLI is a freelance journalist with a focus on geo-politics. She teaches and develops journalism courses at University of Toronto’s School of Continuing Studies and is a director-at-large of J-Schools Canada/Écoles-J Canada. Shenaz is a former producer and writer with Al Jazeera English, BBC News, and CBC Television in Toronto, London (UK) and Doha (Qatar). Her features and op-eds have appeared in The Globe and Mail, the Toronto Star, Vice News, The Guardian, Foreign Policy, and the Ottawa Citizen, among others. She holds a master’s in Near and Middle Eastern Studies from the School of Oriental and African Studies, University of London, and a bachelor’s in Journalism Studies from the University of Sheffield.

BILL REYNOLDS‘ teaching focus is narrative, and his research focus is literary journalism. Since 2014, he has been Editor of the scholarly publication, Literary Journalism Studies. He and John Bak, Université de Lorraine, France, co-edited Literary Journalism across the Globe: Journalistic Traditions and Transnational Influences (University of Massachusetts Press, 2011). During the pandemic years Bill and John worked on a much larger volume—The Routledge Companion to World Literary Journalism (Routledge, 2023).

Prior to TMU, from 1986 to 1988 Bill was Editor of Vox magazine, a monthly music and arts publication. He moved to Toronto in 1991 to write freelance before joining the Toronto Star’s just-launched news/arts publication, Eye Weekly, in 1991. Bill took on various roles at Eye, including Editor, Managing Editor and Associate Editor (Music). After Eye, Bill joined the teaching staff of the Review of Journalism and, subsequently, was hired as an assistant professor of journalism.

Bill’s features have been published in The Walrus, Maisonneuve, This Magazine, Canadian Business, Swerve Magazine, The Globe and Mail, and other outlets. He has won National Magazine Awards and Western Magazine Awards for his work. His book, Life Real Loud: John Lefebvre, Neteller and the Revolution in Online Gambling (ECW Press, 2014) won U.S. Independent Publisher Book Award for best nonfiction crime book, and in Canada was nominated for the Arthur Ellis best nonfiction crime book.

SEBASTIAN LECK is the Review’s research consultant. Sebastian helps fact-checking and copy editing at The Logic. He has written for CBC News, National Post, Toronto Life, Canada’s National Observer and TVO.org. He is also a former editorial fellow at The Walrus and has worked as a digital content editor at The Globe and Mail.

DAVE DONALD is the art director for the Review

LINDSAY HANNA is the Instructional Technology and Web Design Specialist for the Toronto Metropolitan University School of Journalism. She joined the staff in 2004 after receiving her Bachelor of Journalism. Lindsay also works as a freelance web designer and multimedia consultant for clients, providing advice on advancing their online presence, and in the development of company and personal websites. Some of her freelance clients include, J-Source and J-School’s Canada. Our thanks to Lindsay who was instrumental in bringing this website to life!

JACLYN MIKA is the Communications and Events Coordinator at the Toronto Metropolitan University School of Journalism. She joined the department after graduating from journalism program in 2008. She is responsible for administering school’s awards and the annual ceremony. She oversees logistics for events and conferences at the school. She provides administrative support for faculty, TAs and students.

Editors from Canada’s top magazines—as well as high-profile freelance feature writers and editors, and other faculty at the School of Journalism—help students develop their stories, and make sure they are ready for publication. Our thanks to the editors who helped craft the stories in the 2023 issue!

Read all about our awards here.

Praise for the RJ

“I can think of no other publication in this country that regularly holds journalism up to so clear and uncompromising a light.”

Features Writer, The Globe and Mail

“The Review is the closest thing to a reliable conscience that Canadian journalism has.”

“The Review should be essential reading for Canadian journalists. It makes us better informed and better at what we do.”

“I have been heard to say, more than once, that if the Ryerson Review of Journalism didn’t exist, we’d need to invent it. This student-produced… publication often publishes stories about journalism in this country in ways that can be found nowhere else, including magazines.”

“There are always one or two articles in every issue of the Review guaranteed to draw howls of outrage and buckets of bile from within the profession, which is always fun to observe.”

The RJ represents months of work by dedicated students and thousands of dollars in production costs. We thank the friends, supporters, and benefactors who help keep the magazine afloat—and growing. If you would like to become a become Friend, Benefactor, or Patron of the RJ, click here. 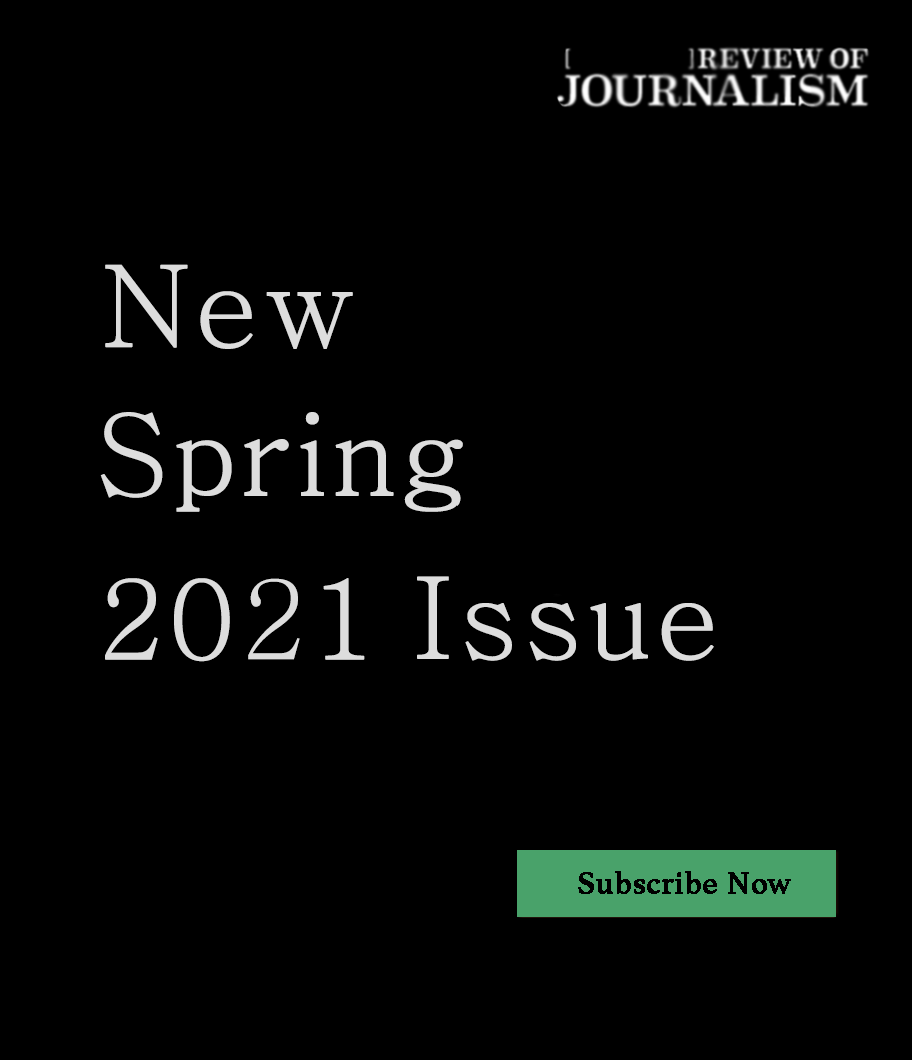 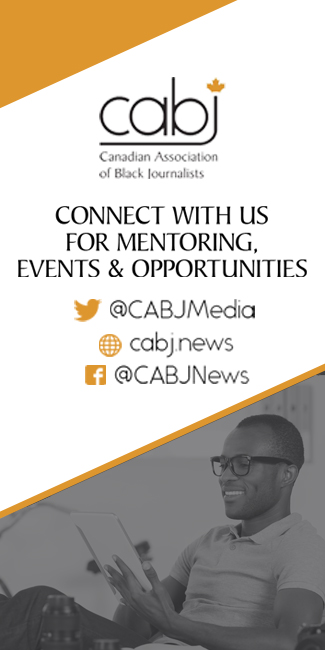 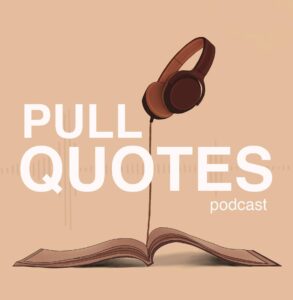