The Ten Most Celebrated Magazine Covers of the 2010s

The RRJ asked Canadian magazine editors and art directors to share their favourite magazine covers of the decade.

Magazine covers have radically changed over time—from early bookish designs to the proliferation of cover lines.

But over the last decade, the look and feel of magazines has barely changed, says Dave Donald, art director of the Ryerson Review of Journalism, Education Canada, and formerly of This Magazine.

In the 1990s, magazine covers in Canada and around the world were crowded with loud and colourful cover lines promoting the magazine’s content. The early 2000s also displayed “commercial typography, channel-hopping, web surfing, consumer culture and objects clamoring for attention,” writes Gerald Grow, a retired journalism professor from Florida Agricultural and Mechanical University (FAMU), in a 2002 article.

For the last 10 to 15 years, nothing has really changed, agrees Jason Duprau, art director at Legion Magazine. “There’s a kind of formula when designing covers for a newsstand and it’s based on cover lines, sell lines and engaging photos,” he says.

The biggest change has been the less-is-more approach, says creative director of lifestyle content for Today’s Parent, Chatelaine and Flare magazines, Sun Ngo. She says that covers used to be filled with as much text as possible. Now, there is a lot of breathing room. “The images are most important,” she says.

For our end of the decade reflection, Canadian editors shared their favourite magazine covers from the last ten years, and told us why they stood out.

The article continues below the timeline.

As the decade comes to an end, magazine covers both maintain their roots and continue to evolve. As Bob Sexton, managing editor of Outdoor Canada says, “We remain committed to finding eye-catching images that grab readers’ attention and crafting cover lines that entice them to pick up the magazine.” 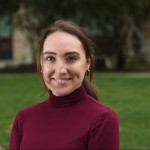