On March 27, 2022, the Canadian men’s national soccer team qualified for its second appearance at the FIFA World Cup. The 4-0 victory over Jamaica has received extensive media coverage. The game has always been popular in Canada with, pre-pandemic, over 730,000 registered players across the country. With the national team qualifying, an estimated 1.65 million Canadians tuned in to Sportsnet to watch the game.

On March 27, 2022, the Canadian men’s national soccer team qualified for its second appearance at the FIFA World Cup. The 4-0 victory over Jamaica has received extensive media coverage. The game has always been popular in Canada with, pre-pandemic, over 730,000 registered players across the country. With the national team qualifying, an estimated 1.65 million Canadians tuned in to Sportsnet to watch the game.

However, if Canada wants to become a soccer-focused country, journalists and broadcasters need to better reflect BIPOC and non-English speaking soccer fans and players who are making the World Cup dream possible. Considering the diverse makeup of the national teams, and the diversity of Canadian soccer at the youth levels, representation within soccer media needs to catch up with the game itself.

Lack of representation affects the level of coverage that gets published. Tagwa Moyo, a photographer and editor-in-chief of DARBY magazine—a soccer publication telling untold stories from underrepresented communities—says the industry hasn’t changed much since he began working in 2017, with many networks choosing to employ British imports over homegrown talent.

“You walk in and you’re the only person that is Black,” says Moyo. “It’s still a very white male-dominated kind of industry, which sucks, especially when you’re looking at this Canadian team.”

One of the resulting issues from the lack of BIPOC journalists is that broadcasters pigeonhole players, particularly players of colour, with lazy and often racist stereotypes that exist in the game today.

“It’s still a very white male-dominated kind of industry, which sucks, especially when you’re looking at this Canadian team.”

A study published by the Professional Footballers’ Association found that announcers are far more likely to praise white players for their intelligence, hard work, and leadership qualities. For Black players, commentators tend to focus on physical attributes like pace and power.

“It creates this idea that Black players are just physical beasts, which isn’t true,” says Alexandre Gangué-Rucic, a soccer journalist and editor-in-chief of the website Between the Sticks: “Like any other player, they’ve got different skills and it’s important to highlight those skills.”

During an earlier qualifying game against El Salvador, the broadcasters described Salvadorans as being “street-wise.” Latin countries and players are often portrayed as dirty.

“They’ll talk about Latino temperament and all this nonsense,” says Gangué-Ruzic. “Those sorts of stereotypes can also be perpetuated because of a lack of representation.”

Peter Galindo, a writer for Sportsnet and co-host of the Northern Fútbol Podcast, says it would help to have Spanish speakers provide analysis to games involving Spanish-speaking countries.

“You can give more context, you can tell certain stories with the opposing players,” says Galindo. “There are so many possibilities that you can do.”

During the El Salvador match, Atiba Hutchinson scored the go-ahead goal for Canada. OneSoccer announcer Gareth Wheeler mistook the bald, 39-year old captain of the team for 20-year-old Jonathan David, who wasn’t near the ball. Moyo says misnaming of Black players happens all the time.

“It literally takes people just being conscious and being smart and doing their homework,” says Moyo. “Also just getting that representation there, getting people who look like the people that are on the pitch.

More representation would help fix the issues of poor pronunciation, misnaming players, and poor stereotypes. But the responsibility shouldn’t be solely on the few Black and brown journalists in the industry to make changes. Media networks need to give opportunities to journalists and broadcasters from all backgrounds.

OneSoccer, the media rights holder for the Canadian team, is one of the culprits of poor broadcasting. Its current content strategist, Kurt Larson, is controversial and has come under criticism after several of his racist, sexist, and homophobic social media posts circulated online last November.

Larson remains in his role as OneSoccer’s content strategist.

“You have a person who has these views in a position of power like that, you can’t be surprised of the output you’re going to get,” says Galindo.

Up until recently, OneSoccer’s panel of analysts were all white men. Galindo hopes that the recent decision to bring on Alexandre Gangué-Ruzic and Jordan Wilson is because they are talented in their own right and deserve the opportunity—not because they’re trying to tick a box and right the wrongs of Kurt Larson.

Gangué-Ruzic says that OneSoccer reached out to him in an attempt to expand its Toronto-centric coverage. He knows he has an opportunity to inspire other Black journalists to enter soccer journalism: “I’m just thinking about that next generation and then paving the way so that in the future, they can have that confidence and they can believe…they can get those sorts of fair opportunities.” 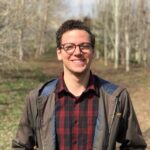 Andrew Oliphant is Deputy Editor Business and Guest Podcast Producer at the Review of Journalism. 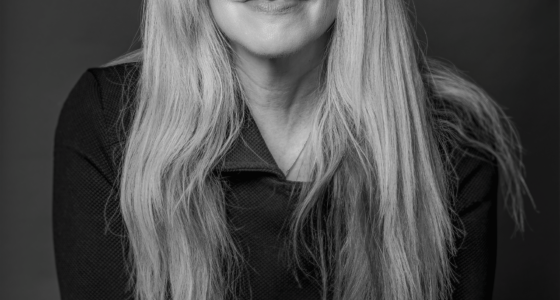 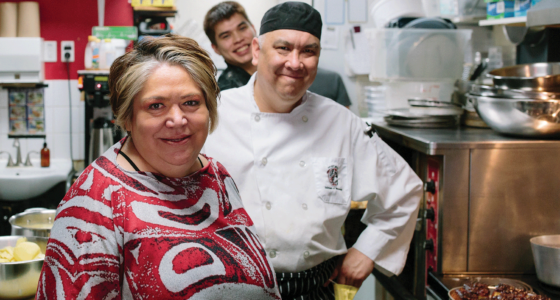 Food journalists have failed to incorporate the culture behind each bite – but a few trailblazers are giving readers the full plate
0:00
0:00