Our Newish Press–Shield Law: an Update

Do journalists really understand how to ensure better source protection?

Journalist and former Fifth Estate senior producer Julian Sher believes journalists are not properly educated about source protection. “Sadly, too many journalists actually are not aware of what their legal rights are and also, to some degree, what the lack of their legal rights are,” he says. In other words, Sher thinks journalists may not always inform their sources that they cannot guarantee complete anonymity since they, themselves, are not aware of the situations in which identities are required to be disclosed.

This is unfortunate because news organizations have frequently been granting anonymity and using unnamed sources to report on myriad issues in our current, tumultuous times: the effects of the coronavirus; poor working conditions in factories; lax safety precautions in courthouses; unsatisfactory living conditions in nursing homes; and more. For example: In May, Forbes used an unnamed source for a story about COVID-19 and 20,000 deaths that took place in American nursing homes. The unnamed source, a senior-level nursing home executive, provided “an insider’s perspective,” said Forbes. The informant was granted anonymity to protect his job. Without these unnamed sources and the insider details they provide, stories of public interest often go unreported.

In Canada, for instance, Global News published an article in May titled, “Ontario Amazon whistleblower says company didn’t disclose coronavirus case to all.” According to an unnamed source, Amazon neglected to inform employees that a worker at its Brampton facility tested positive for COVID-19. Global News granted the source anonymity in order to protect his job. However, in a statement, an Amazon spokesperson said the company did make efforts to put employee safety first and make them aware of any positive tests.

To cite another example: the Toronto Sun ran a story in June titled, “Woman blockaded balcony door before deadly fall: sources.” The woman referred to in the headline was 29-year-old Regis Korchinski-Paquet, who fell from the balcony of a High Park apartment building while police officers were present in her home. Her story has sparked public outrage, strengthened calls to defund or reform policing, and prompted investigation from Ontario’s police watchdog, the Special Investigations Unit.

According to a 1994 article in the American Journalism Review, there is a “consensus that anonymous sources weaken credibility.” Indeed, unnamed and anonymous sources are usually employed as a last resort, as they threaten the transparency between journalist and reader. “Anonymous” sources refer to cases in which the source’s identity is unknown to the journalist, such as when documents are leaked through channels like SecureDrop, a software that can accept documents from anonymous sources. The identities of confidential or unnamed sources are known to the journalist, but withheld from the reader.

The Canadian Press Stylebook states, “Readers need to see named sources to help them decide on the credibility and importance of the information.” Sometimes, however, information from unnamed and anonymous sources is vital to a story. Without anonymous sources, many notable stories in journalism would not exist. For example: Vice Canada’s 2019 reporting on a Neo-Nazi terror group hiding an ex-Canadian soldier; the Globe and Mail’s reporting on the 2019 SNC-Lavalin scandal; and the Toronto Star’s investigation into the unsolved murders of philanthropists Honey and Barry Sherman all hinged on information provided by sources who did not want to be named. In many cases, concealing sources’ identities is crucial in order to ensure personal safety and job security, or to avoid possible reprisals.

In 2013, Ivor Shapiro, then chair of the Ryerson University School of Journalism, told CBC anonymous sources are a “necessary evil” and that he’s “never met a reporter who likes to use anonymous sources.” Still, he said, they are sometimes an essential tool for telling a story. Without occasional, careful use of these sources, our understanding of justice, politics, and society would be incomplete, and the public record ahistorical. The rules and regulations around unnamed sources vary between circumstances and publications, resulting in a great deal of uncertainty about what is allowed.

The Journalistic Sources Protection Act, passed in October 2017, outlines how journalists can properly protect themselves and their sources. Before the Act was passed, Canada was one of several Western countries without a shield law. Previously, courts would employ the Wigmore Test, a set of criteria used to determine if information should be disclosed as a matter of public interest. (The Wigmore Test is named after John Henry Wigmore, an American law expert, who introduced this test to determine if a source should remain confidential.) Now, only higher–court judges are able to request that journalists reveal their sources and only if that information cannot be learned another way, making the criteria much stricter than before.

The Journalistic Sources Protection Act clarified two things: First, it amended the Canadian Evidence Act by adding specific definitions for a journalist and journalistic sources. The Act also clarified that only specific judges (including those defined by section 522 of the Criminal Code or judges of Superior criminal courts) can demand that a journalist reveal sources.

In September 2019, Denis v. Côté, the country’s first high–court case to interpret the Act, was heard by the Supreme Court of Canada.

Marie-Maude Denis, investigative journalist and host of CBC/Radio-Canada’s weekly newsmagazine series, Enquête, had received documents pertaining to a police investigation into former politician and Quebec Liberal Party cabinet minister Marc-Yvan Côté. The documents were sent to Denis by both anonymous and unnamed sources. (CBC has a secure platform for anonymous sources to contact its journalists, saying, “CBC is serious about protecting sources. We are also serious about providing you the most secure and confidential way to reach us to share sensitive information.”)

From 2012 to 2016 on Enquête, Denis alleged there was a system of corruption regarding political financing in Quebec.

Denis’ reports sparked an investigation into Côté and, as a result, he was arrested and charged with fraud, breach of trust, and bribery in 2016. (Côté and his co-accused went to court on July 21, 2020 to ask for a stay of procedures on corruption-related charges.) Her reporting lead to a lengthy legal battle brought forth by Côté to force Denis to reveal her sources. He believed they were high-ranking government officials who intentionally leaked documents to incriminate him. This case first began at the Court of Quebec, where Denis was not forced to reveal her sources since she did not know them (which was later determined to be an error of fact). Côté appealed this decision to the Superior Court since Denis knew the identities of two of her four sources and could reveal those. The Superior Court ruled that Denis must reveal the identities of the sources she does know. Denis appealed this decision to the Quebec Court of Appeal, which ruled it did not have jurisdiction over the case, but said she could appeal to the Supreme Court of Canada, which she later did.

Since the burden of proof is placed on the person bringing forth the claim, Côté needed to prove that revealing the sources’ identities was of public interest. (The case remains ongoing in the Court of Quebec.)

Denis says her case “recognized the importance of the freedom of the press and the importance of investigative journalism and writing.” However, she says, this Act is not a “blank cheque.” While her sources for this case are protected for the time being, Denis says she will always try to ensure the protection of her sources. “We can’t take that as an absolute protection,” says Denis of the Act.” “But we must be happy and reassured that the court recognizes the public interest of what we do.”

The Supreme Court of Canada’s interpretation of this new act is “an historic win for journalists and press freedom in Canada,” said Dokhi Fassihian, executive director of Reporters Without Borders Inc.’s North America bureau, on the organization’s website.

“The protection of source confidentiality is imperative to the watchdog role of journalists like Marie-Maude Denis, who do critical reporting on issues like political corruption,” Fessihian continued. “It is strong protection like this that will allow sources to rest assured that they can speak to journalists without fear of reprisal. This decision is an all-around win for investigative journalism.”

Looking back: the Leblanc case

In 2004, Daniel Leblanc, national affairs correspondent for the Globe and Mail, broke the federal sponsorship scandal, also known as AdScam, in which millions of dollars were given to Quebec businessmen, based on information he received from an anonymous source. As a result, Ottawa filed a $35–million lawsuit against Le Groupe Polygone Éditeurs Inc., a company that organized hunting and fishing shows and published magazines, which received and misused funding from the sponsorship program that was developed to promote unity in Quebec. This scandal, among other events, caused an early election to be called, resulting in the Liberal Party’s first federal loss in 12 years. Just like Denis, Leblanc was taken to court in an effort to learn the identities of his sources. In his decision, the judge included a set of criteria for judges to use in future cases that need to be met before a source is revealed in the future, including that a source should only be revealed if there is no alternative way to obtain the information and the identity of the source is crucial to the administration of justice. However, these steps functioned more as suggestions, not formal laws or acts. In the end, Leblanc was not forced to reveal his source, nicknamed Ma Chouette, to Le Groupe Polygone Éditeurs Inc. since he met the judge’s set of criteria that would provide his source anonymous protection.

Today, Leblanc says courts have occasionally treated source protection too lightly. “It’s not a blanket protection in all cases, but it also signals that there’s a high threshold before a court forces a journalist to reveal sources,” says Leblanc. “So overall, I think [the Act] is kind of a positive development.”

However, Leblanc says the shield law is not a complete solution. News organizations, he says, need to set clear guidelines about source protection for their journalists. He believes there should also be more transparency between news organizations and their readers to explain why an unnamed or anonymous source is being used.

Carolyn Jarvis, chief investigative correspondent at Global News, says that granting anonymity to a source who wants to stay off the record can be synonymous with, “I will go to jail for you.” She says the Journalistic Sources Protection Act is necessary and overdue, and adds that it can deepen a sense of trust between journalists and sources. “It’s nice to know that there’s legislation to back up the fact that we offer source protection, but it’s something that I have always done and will continue to do,” she adds.

Though he has never been forced to reveal a source’s identity, Toronto Star chief investigative reporter Kevin Donovan has been to court numerous times over source protection. Recalling one court day in the ‘90s, Donovan says, “I was disappointed I wasn’t sent off to jail. Because [source protection is] not a promise that I or any journalist should make lightly.”

Still, Donovan says granting anonymity to a source should be done with extreme caution and thoughtfulness. “Some journalists might be inclined to just hand around source protection like candy,” he says. “Newsrooms in general don’t do a good job of educating journalists. And, in fact, I’m not too sure journalism schools do either.”

If journalists don’t know about the Journalistic Sources Protections Act, it might as well not exist. Educating current and future journalists about the extent to which they can protect their sources is vital. Here is a starting list of readings so you can find out more: 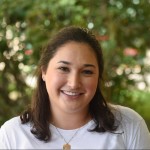